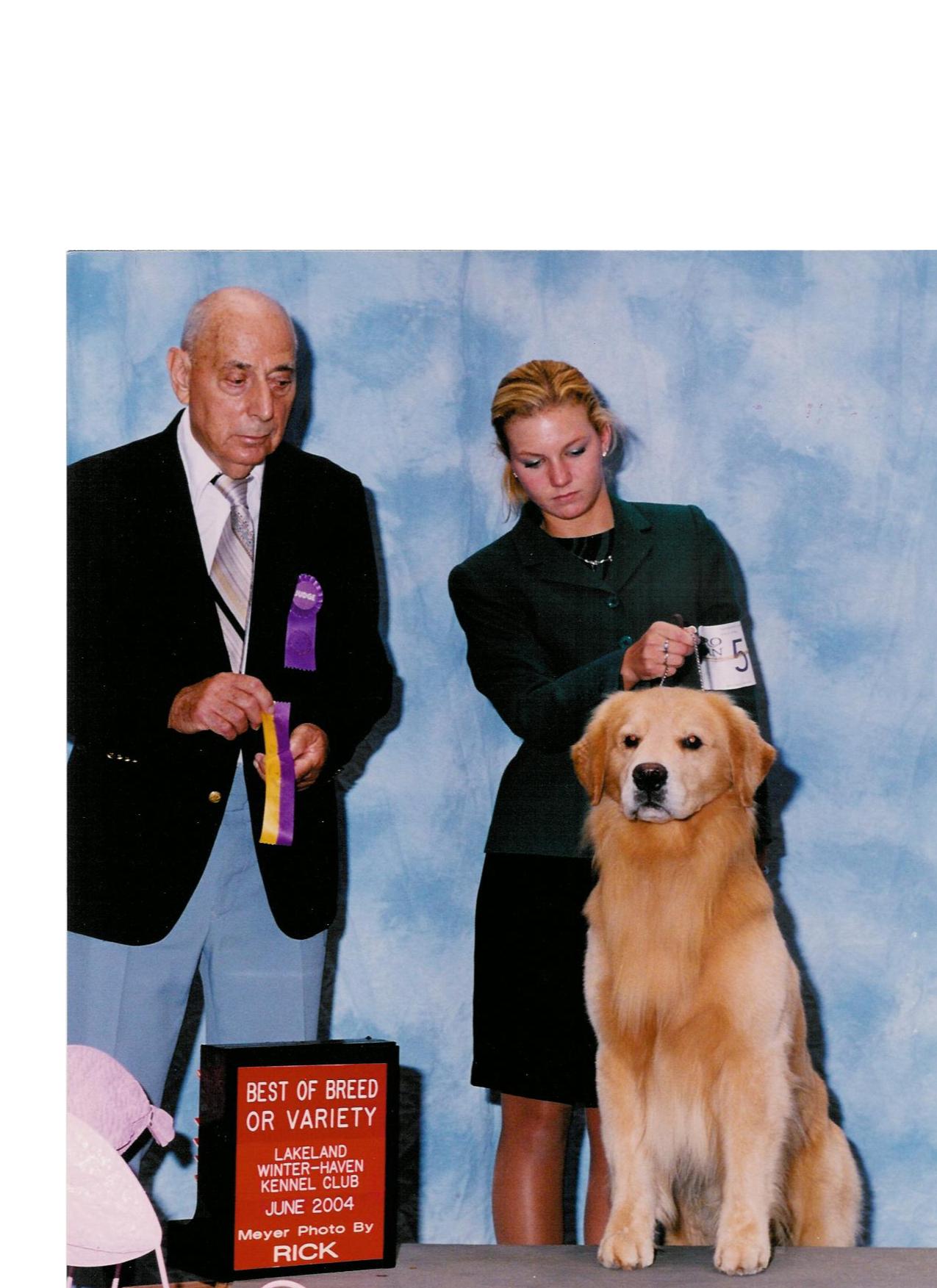 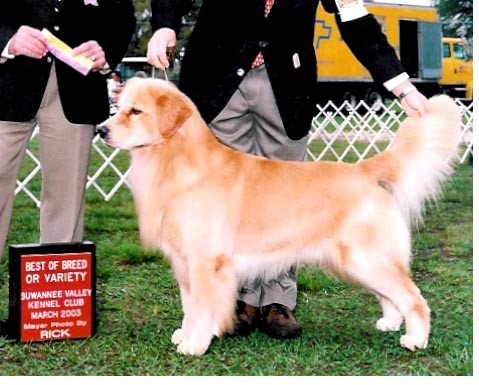 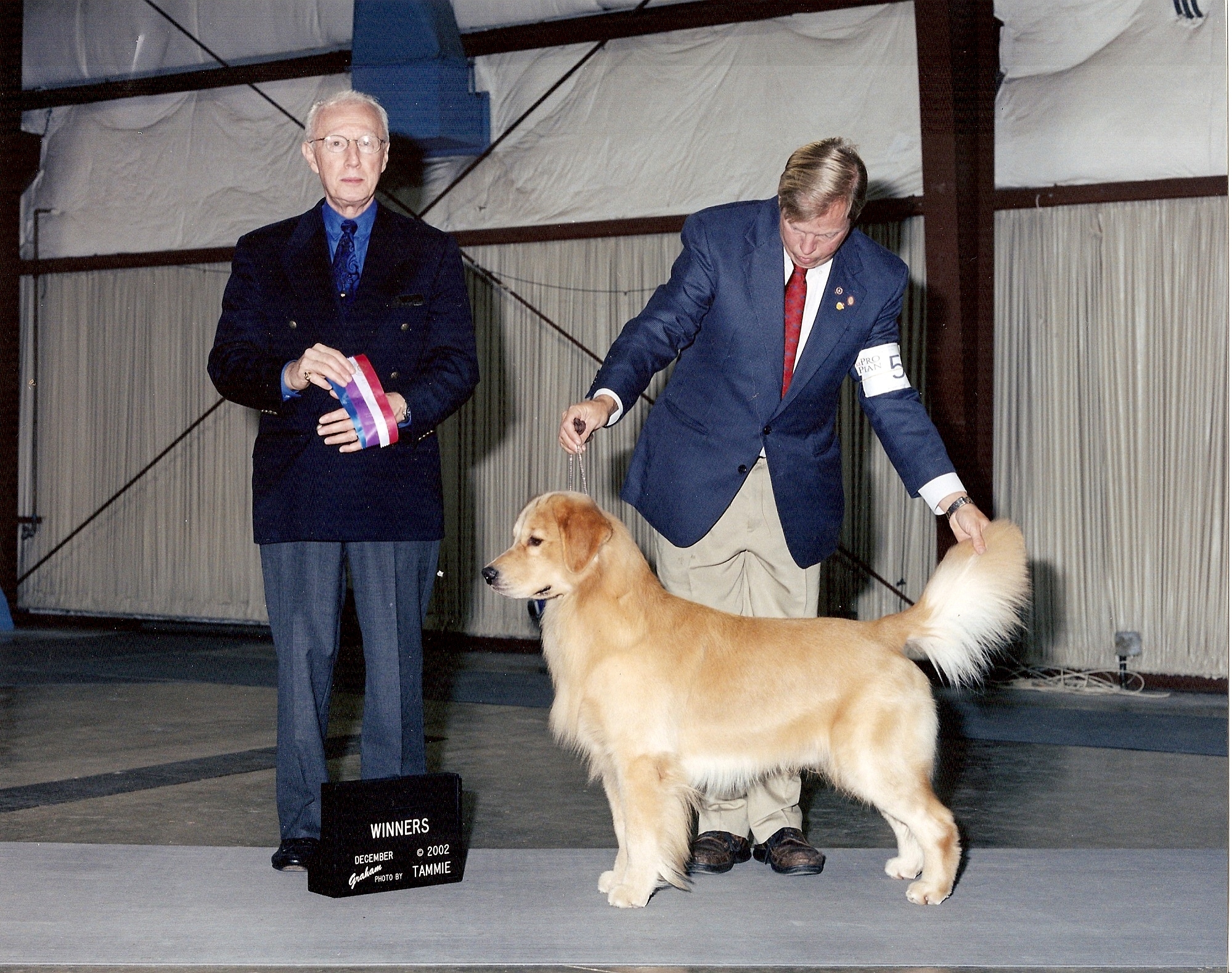 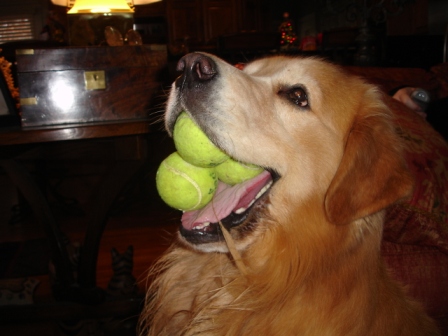 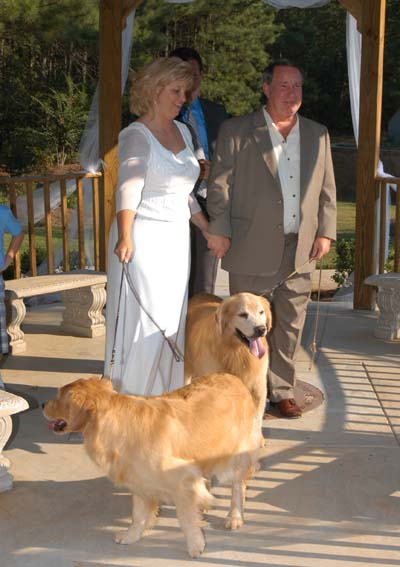 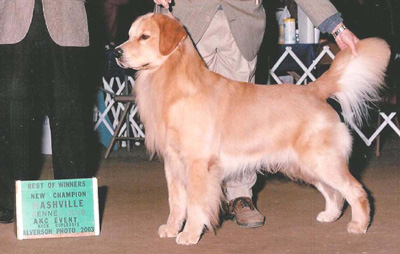 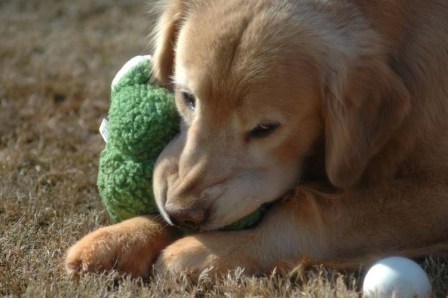 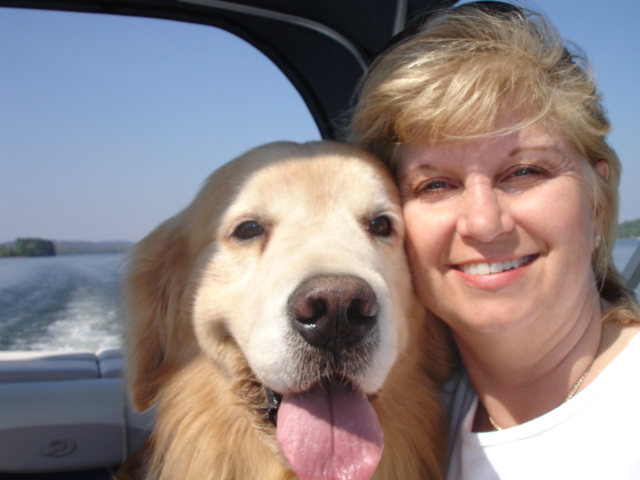 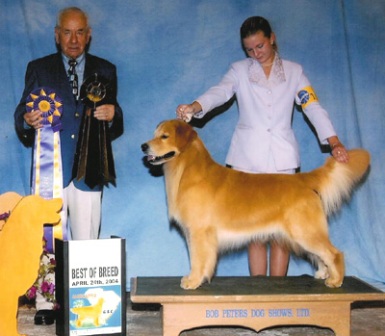 Dakota finished in a short amount of time with 3 majors starting in July 2002. At his first show in Greenville, SC, he went RESERVE to a 5 point major twice in one weekend at the age of 15 months. The following month he received a 4 point major from the 12-18 month class at the Biloxi, MS shows. In December 2002 Dakota went WINNERS DOG/BOW, WINNERS DOG/BOW at the Orlando FL shows. He finished his championship after being shown in only 20 shows!

Dakota is a substantial boy with extremely dark year round pigment and a profuse but correct coat with good feathering. He stands 24 inches and weighs 75 pounds. He has a really beautiful masculine head with lots of stop and a short wide muzzle. But at the same time he has a soft expression that is truly Golden!

Dakota has plenty of drive and never gets tired of his tennis balls and this translates into a dynamite show dog in the ring not to mention a true retriever at heart. Dakota has a very sweet temperament and loves all people and other dogs, but his true love is children!