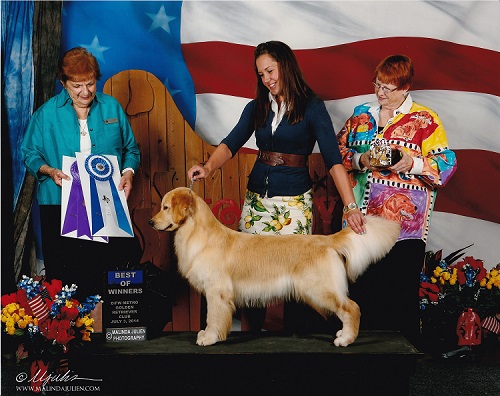 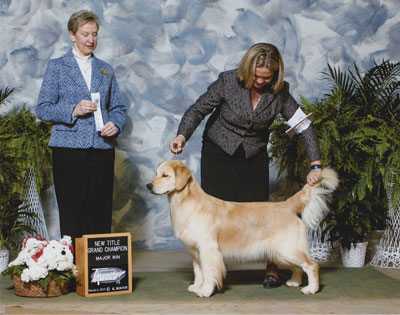 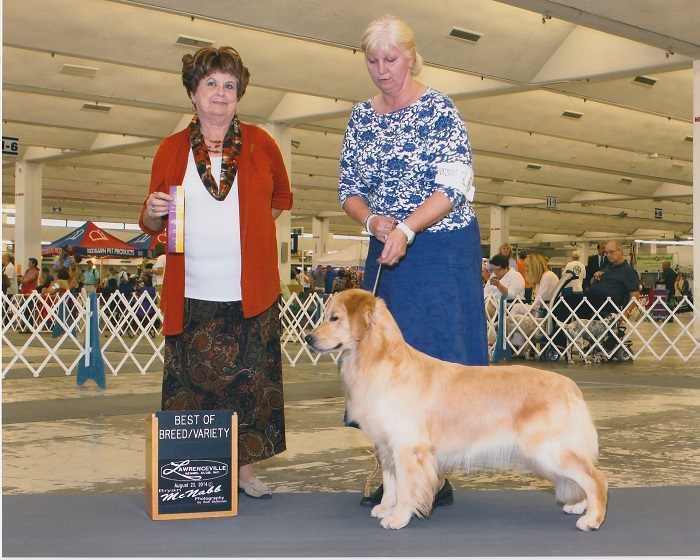 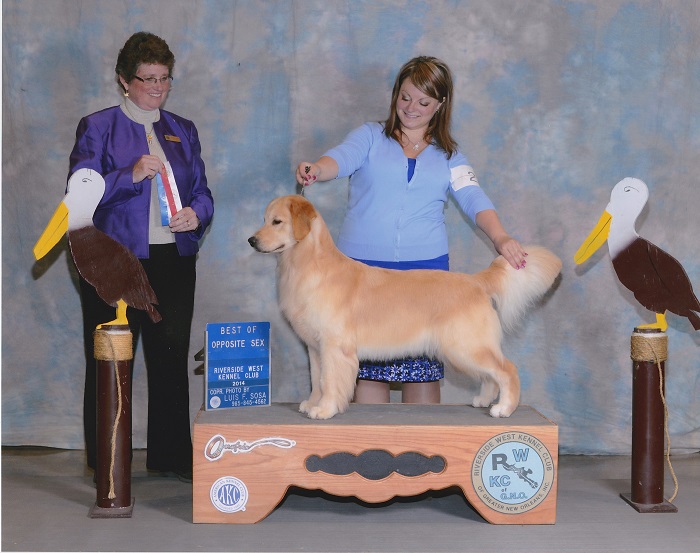 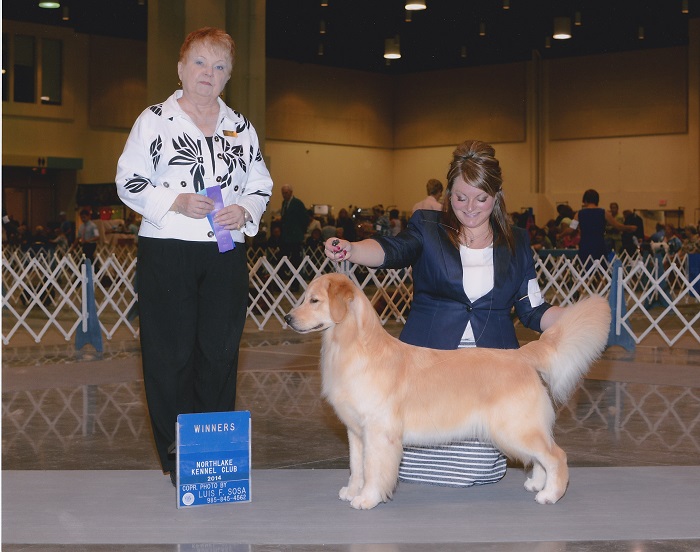 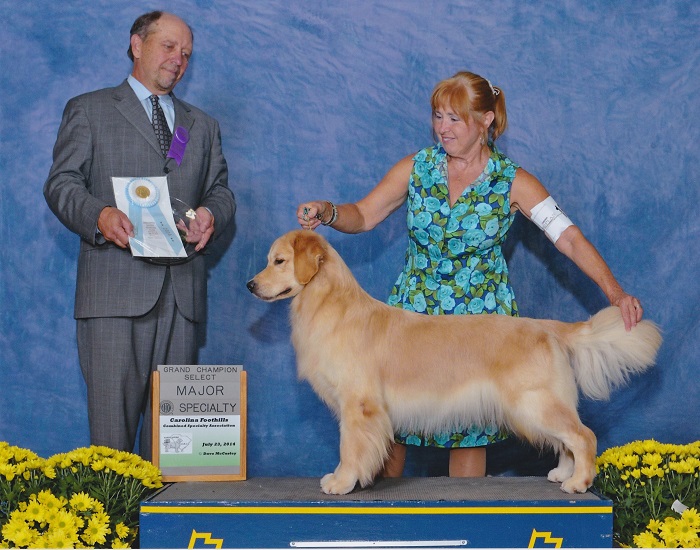 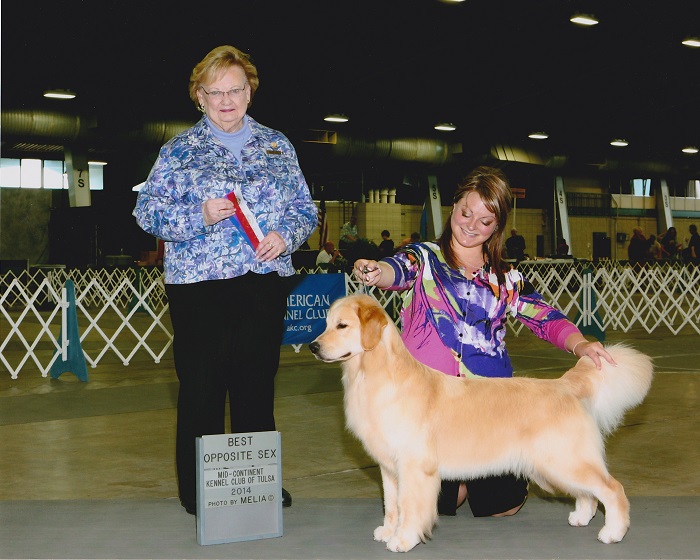 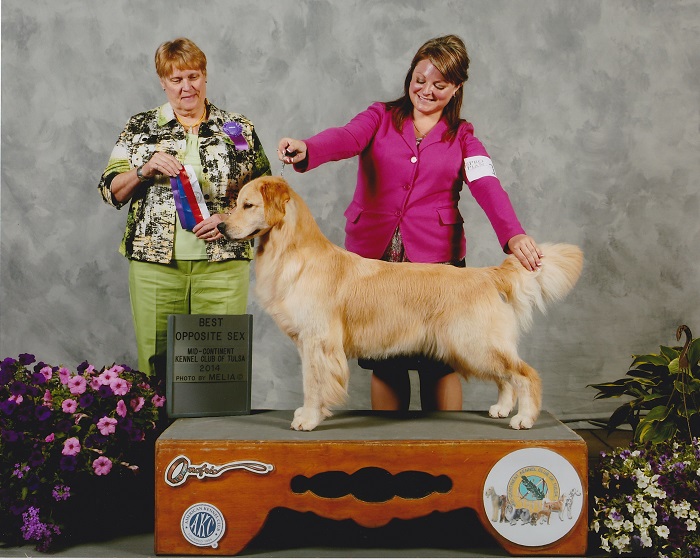 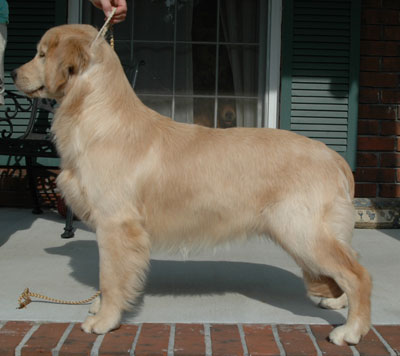 BeBe obtained her championship in July 2014.  Both of her majors were from specialty wins.

She came home and her first time out as a special she went SELECT BITCH at the Sandlapper Golden Retriever Specialty for a 5 point GCH major.  She then was shown in Atlanta and picked up several more GCH points including a Best of Breed over several specials owner handled.  On March 6, 2015 she became a Grand Champion finishing with 6 majors and 35 points!